At a high altitude of 3400 metres, Cusco is located at the west end of Huatanay Valley. Well protected by the surrounding mountains, the conquistadores destroyed the Inca buildings, and used the strong foundations for their colonial structures. But the solid streets and pathways remain unchanged, legacy of a strong civilization. Had they cars, maybe they would have built them wider, but they will remain in the same state for many years from now, even in this century when the city expanded so much, and the traffic in many areas looks impossible. The cobbled streets will stay famous for generations to come, and even though the Spanish maybe wished to destroy a culture, they couldn’t destroy the roots of it. 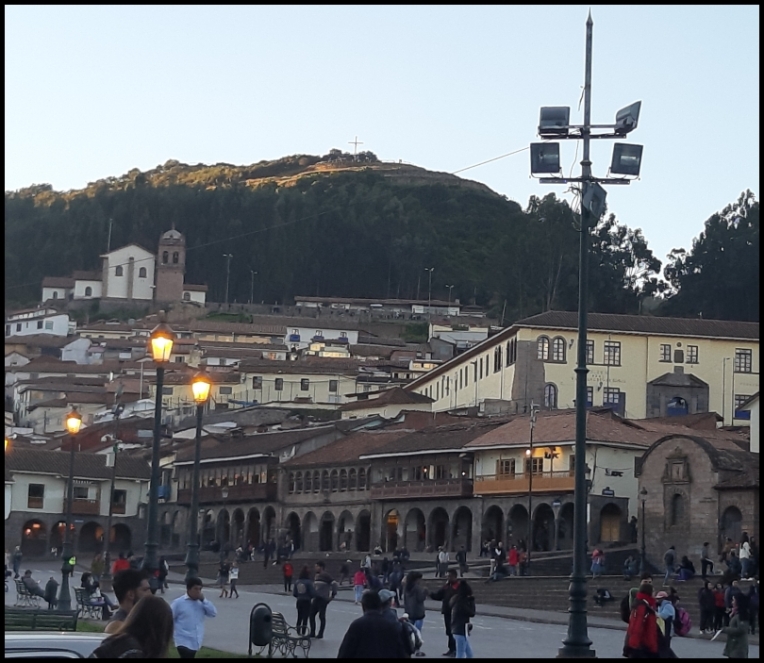 Important administrative and religious center, Cusco becomes in the 13th century the capital of the Inca Empire, until 1533 when the Spaniards invaded the territory and started colonization. 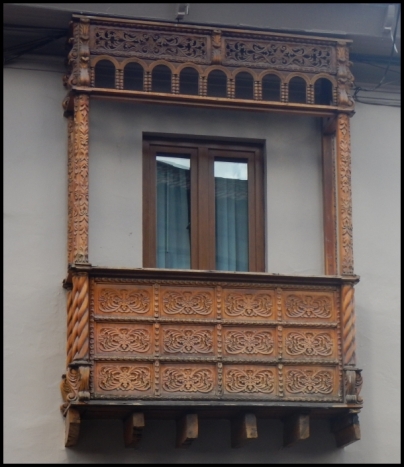 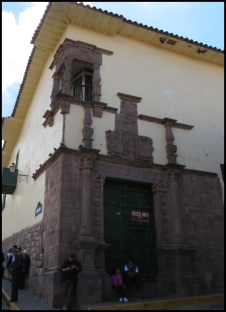 As all the other cities we visited in the highlands, Cusco is built on the Incan foundation of old sites, here was Qusqu. At the base of all buildings in the historical centre we could see layers of old stones cut in the Incan way (using a technique called ashlar, in which the stone blocks are cut to fit tightly without using mortar), some of them straight rectangular, but others in a specific angled way. For a culture that did not use the wheel, nor had strong animals to carry heavy stuff, it is still a mystery how Cusco was specifically built. A history written in stone, yet to be fully discovered.

The origin of the name Qusqu is found in both indigenous languages Quenchua and Aymara. Quenchua is a live language, heard by us in most parts of the highlands we visited in Peru.

Heading to Plaza de Armas, the centre of the historical district, we found ourselves in front of the Museo de Arte Precolombino. Since we skipped a couple of museums in Lima, we decided to visit and learn a little bit more about all these cultures. High quality artwork, with modern displays, the museum was a really nice stop with a lot of informative material. 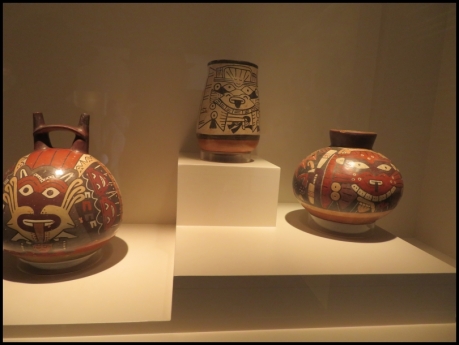 Hatunrumiyoc (“the one with the big stone”) is the most famous street in Cusco. Here we found the foundation of Inca Roca Palace, which was converted to the Archbishop’s residence. But the most famous is actually the Stone of Twelve Angles, which is viewed as a marvel of the ancient stonework. Had it a specific function, or meaning, the stone remains a wonder between many other questions surrounding the Inca civilization.

Wandering through the city is definitely the way to know more about a place, and its people. In this way we stumbled upon Museo de Kusicancha, a little yarded museum without a cashier, but with a security person who was asking for 2 soles per person (without providing a ticket). He tried his best to provide some basic information, but we walked in the open air to see the remnants of another ancient site.

Kusicancha is a great example of the typical urban street layout that is pretty much lost after Spanish colonization. These canchas – very similar with the modern city blocks – were used as living spaces, for work, or for trading. This was recently revealed, after the colonial mansion built on top needed some restoration. The canchas were built with fine Inca bricks, and impressive again is the drainage system well known in all other Inca sites. There are few glass windows and doors around this cancha, so anyone can take a peek if passing by on the adjacent street. 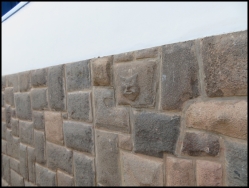 Qurikancha (“The Golden Temple“) was the most important sanctuary in Cusco during the Inca Empire, a temple dedicated to Inti, the Sun God. According to ancient chronicles, Qurikancha was said to have featured a large solid golden plate or disc studded with precious stones which represented Inti itself. The temple was destroyed and pillaged by Spaniards, who built a church on top of it. Only a portion of an outer wall is still visible at the base of the Convent of Santo Domingo. This is another example where the Spanish used the Inca stonework foundation for one of their colonial buildings. Had they built churches on top of the Incan religious temples and sites with a purpose? Of course, they were very smart in order to have a smooth and easy colonization. Smart enough to blend some of the local, and native symbols and figurines, giving them a new look, seated into the small hollows (similar with the hollows used by the Inca already in their religious sites) of the new Catholic churches.

The morning flew by very quickly observing the streets, the locals, surrounded by mesmerized tourists. Several well-preserved Spanish colonial buildings are aligned around the main plaza, making the city so proud of its rich heritage. We chose one of these balconies hovering over the Plaza de Armas as a place to eat, and even though the food was not the best, it was an amazing place we could settle down our overwhelming feelings, while we tried more the local food and drinks.

Young or old, many locals try to make a living by selling things or caring over llama or alpaca babies to have photos with visitors. Happy or not, the children do also contribute to the family income, and many of them, still small, are carried over everywhere on the mother’s backs. 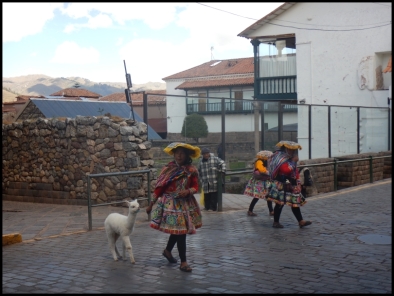 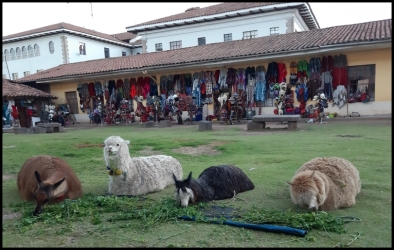 Sacsayhuaman Fortress is another important ancient site in Cusco, and it is worth visiting.

It is located on one of the nearby hills and returning by foot from the site we were awarded with a magnificent panorama of Cusco.

After two full days spent in Cusco exploring this fascinating city, we had planned to continue our trip on the Sun Road toward Puno a.k.a.Titicaca Lake.

* Carry small change with you if you are planning to have photos with local people, or with their alpacas. Ask them before taking photos with them;

*Before buying the entrance ticket to any site in Cusco (including the Sacred Valley area), you have to decide the sites you want to visit and the number of the days you’re visiting the area. All-important attractions are included in the 10-days BOLETO INTEGRAL http://cosituc.gob.pe/tarifario/, but some require additional fees;

*Some sites/churches are closed in the weekends, check their schedule when planning to visit them;

* All restaurants and cafes offer coca tea – mate de coca, to combat altitude sickness. Take your time to walk around. One might need to take precautions when visiting high altitude cities.

13 thoughts on “PE, Cusco: Beaten paths, yet to be discovered – wandering through the city”