20 km West of Grand Marais, Au Sable Light Station can be visited following the 2.5 km trail that start at the Hurricane River mouth, where the big red food storage box is located. The trail goes through the forest for a while, until the path splits in two and one way goes toward the beach. Along the shoreline lays some of the coastal graveyard, where we saw several parts of the old wrecks that washed ashore. You probably guessed which way we took, since both ways were heading to the light station. 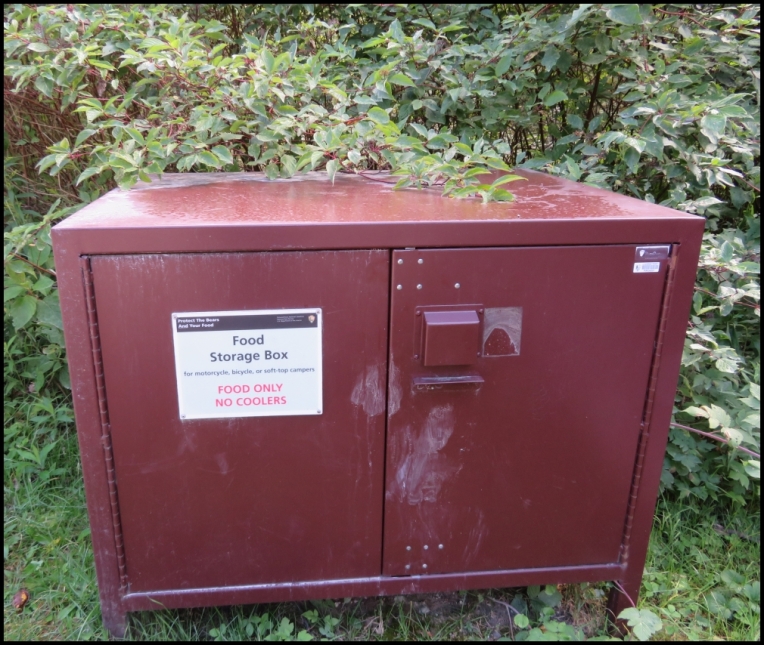 The shipwrecks of Lake Superior’s “Graveyard Coast” show many ages of shipping. Most of them can be seen by scuba diving, but some of them are visible along the shoreline. 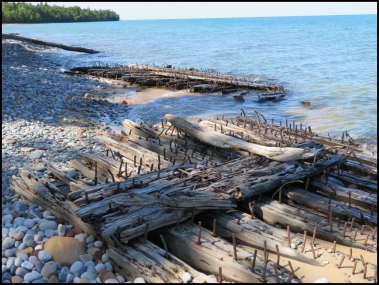 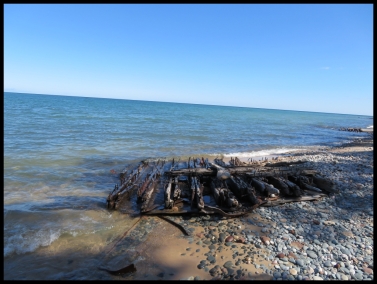 They just simply lay along the beach, some of them washed by the gentle waves under the bright and caressing August sun. But the weather is not always as pleasant as it was during our visit. The weather is very unpredictable in Lake Superior, and because the depths along the shore are varying a lot, this whole coast up to Whitefish Point has been prone to maritime accidents, where the nickname for “Graveyard Coast” along the Eastern shoreline. 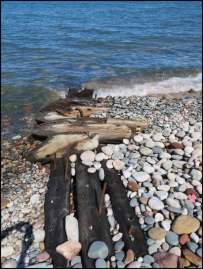 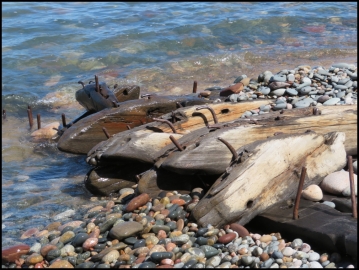 Au Sable Light Station is another landmark between Munising (where we had a wonderful cruise to see Pictured Rocks) and Grand Marais (famous for Grand Dunes). 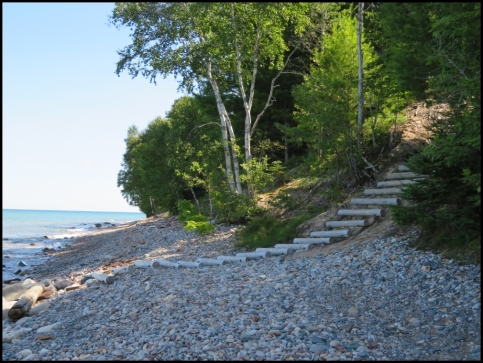 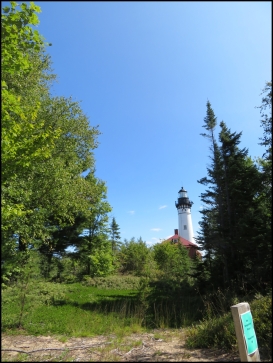 After climbing the rustic stairs back to the trail, we saw shortly the Light Station.

The original one-story keepers dwelling built in 1873-1874 was attached to the light tower in the back. In 1909, a new residence was built for the head keeper, and another story added onto the existing building to accommodate two assistant keepers and their families. We learned that these families had to live together for years, and during the winter months they were not able to leave this remote area. Reason, sometimes the keepers were changed more often than desired. They had certain duties to perform, and while the chief was in charge with maintaining the lens in good condition, the assistants were taking place in keeping the light on, during each night. A brick oil building and fog signal building were built in the 1890s. All the buildings on site along with the tower and the keeper quarters make up the light station.

The lighthouse was taken over by the US Coast Guard in 1945, and became fully automated in 1958 when was transferred to the National Park Service in 1968. 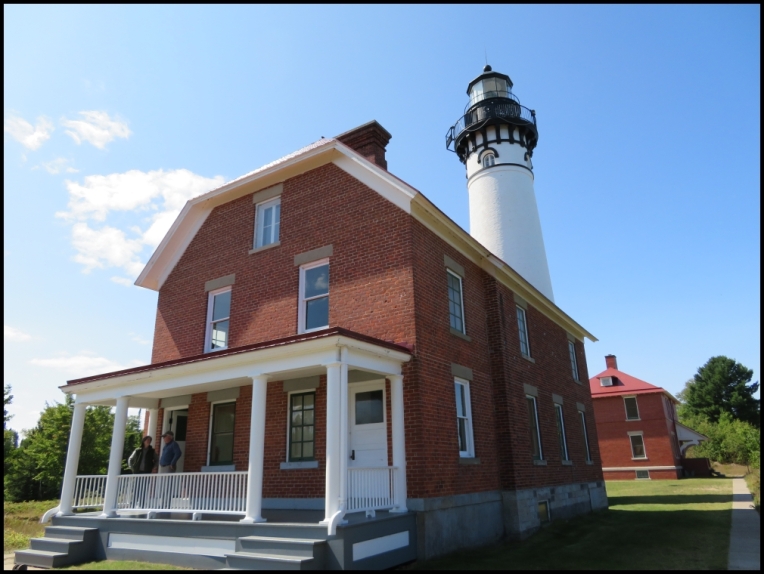 Visiting the station grounds is free of charge, but visiting the keepers quarters and the light tower requires $3.00 per person in cash/exact change at the entrance. We were welcomed by a nice lady volunteer, who told us that 2 more volunteers are on site, husband and wife. The husband was on top of the tower welcoming and giving a short talk about the history of the place,

while the wife was at the entrance/museum, and where the current quarters are located. 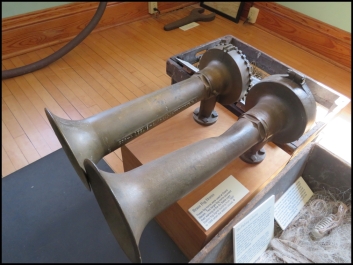 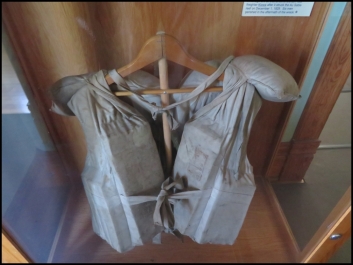 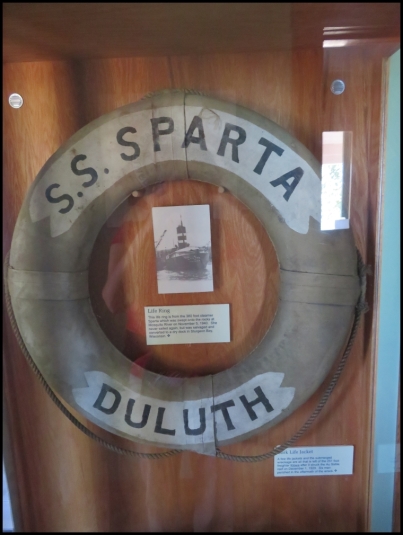 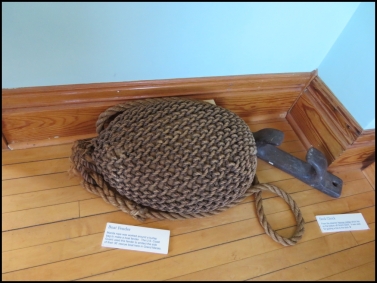 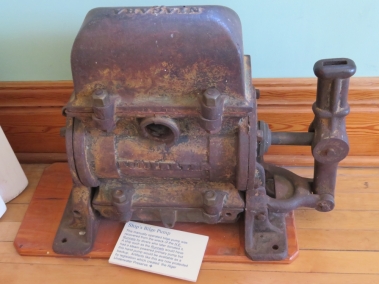 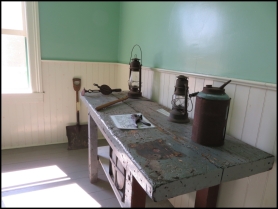 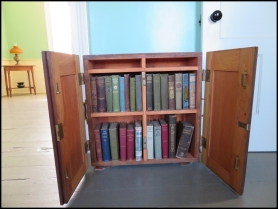 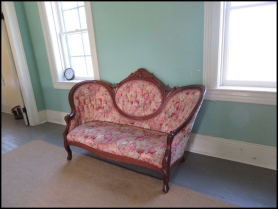 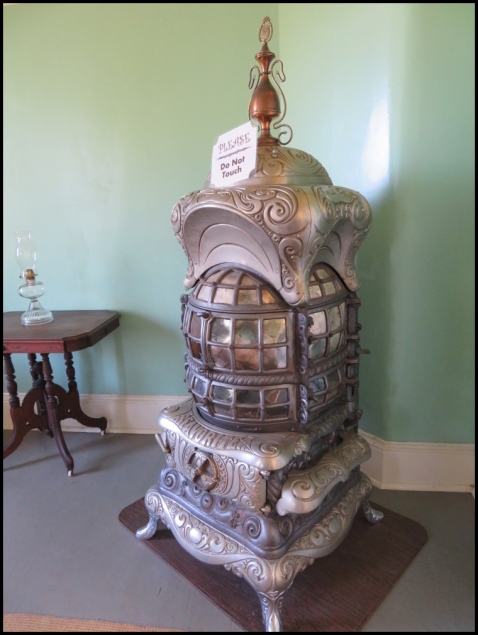 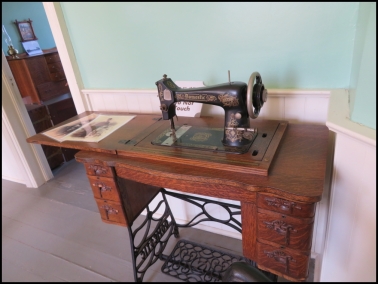 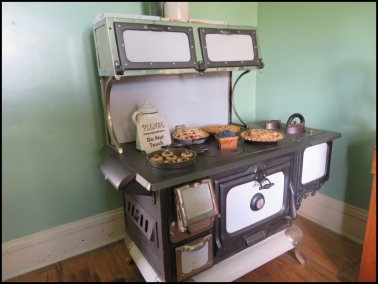 In this way we learned that the station is running with volunteers through June, July, August and September, and that all the national parks in the states have a volunteer program through the summer times. I find this such a wonderful way to offer an opportunity to nature and history lovers, and to give a meaning and a purpose to retirees, a wonderful way to spend time and socialize while helping out the nature, the nation and the people.