Land of so many wonders, Cuba remains home of many broken promises, of lost hopes, and deluding propaganda. In a world full of divergent information, controlled media, and biased interests, people hardly know what to think unless they live through the system, to truly understand it. And not even then.

The wonders of nature don’t stop at the gorgeous milky beaches and the turquoise waters surrounding the island, which are truly exquisite and can compete with any other wonderful beaches in the world. 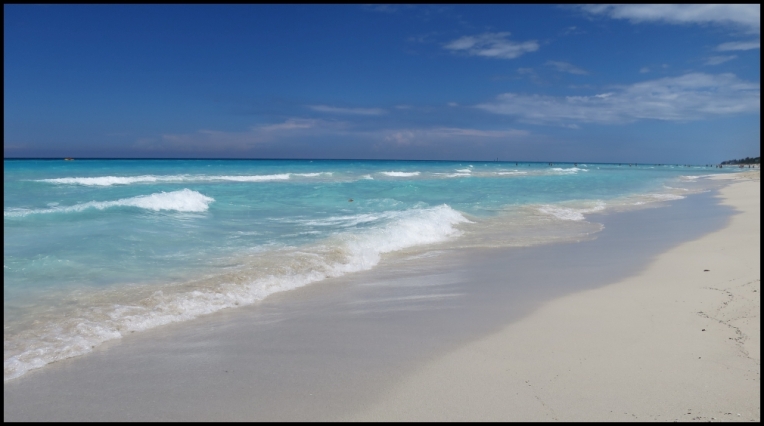 These wonders extend to the lush vegetation, especially the tropical flowers blooming all year round. 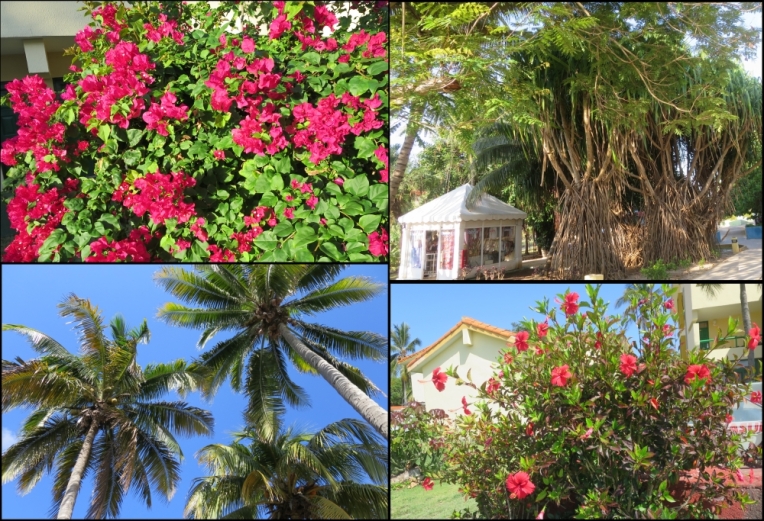 But the true wonders come when one will step out of the little box resort and go to see and feel the real life inside and outside of the busy cities.

After slaloming for a while through lots of buses and bikers, I realized that driving in Cuba might look pure recklessness. But it is not necessarily. The few centimeters distance from a car and the passing bikers or pedestrians are safer than many rules and regulations from other places in this world. Why? Because here, in Cuba, the extra care of the driver, and the awareness of pedestrians are part of a symbiotic way of natural living.

The first touch with Havana was in the parking lot. A few shiny, old cars caught our attention immediately from the other side of the road, but so did the clouds of smoke from the other cars running on the street. By the end of the day I learned with my own lungs how polluted the centre of Havana can be, from so much exhaust gas. Can you people still breathe at the end of the year? Yes, we can!

The smiling guy in the parking lot signaling us where to park the car was not smiling at me because he liked me too much. I knew this is a free parking when he stretched out his hand to get my money. It was more like a tacit understanding: Can you watch our car for a couple of hours? Yes, I can!

Step by step, building after building, we started being astonished by the facets of the city. At the end of the day we figured out where the poor were living, and where the rich had their houses. 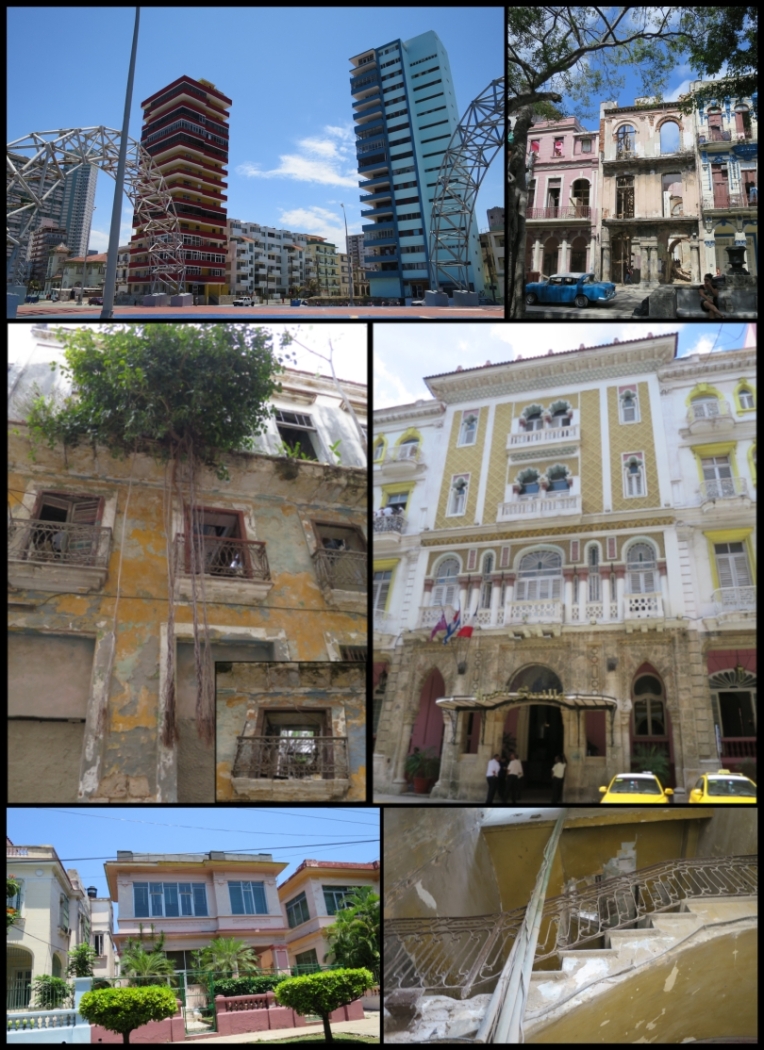 We learned to perceive the smiles of different people in different places.

We learned to see how numerous the families were just by looking at the amount of clothes hanging to dry out of their windows. Can you see beyond your window? Yes, we can!

An important place for many reasons, the Plaza de la Revolucion is one of the most visited places in Havana. But since we got there only few days before May 1st, the Labour Day in many (communist) countries, some guards shooed us away right after we climbed the first set of stairs; of course, making arrangements for the upcoming parade was far more important than a few lost tourists. Can you still remember all speeches of Fidel, a true speaker and leader for better and for worse? Yes, we can!

Symbols of the revolutions remain displayed in Granma Memorial since 1976: the yacht named Granma that was used to transport 82 fighters from Mexico to Cuba in November 1956 to overthrow the Batista regime, the delivery truck used in one attack of Palacio Presidential in 1957, as well as a couple of aircraft and  tanks. Can you still fight for the revolution? Yes, we can!

With a history of over 500 years, Havana astonishes in styles of architecture. Now and then, little renovations can be seen throughout the city, though several buildings are in a sad state of almost collapsing. There are definitely no safety measures for the people living in or nearby such buildings. 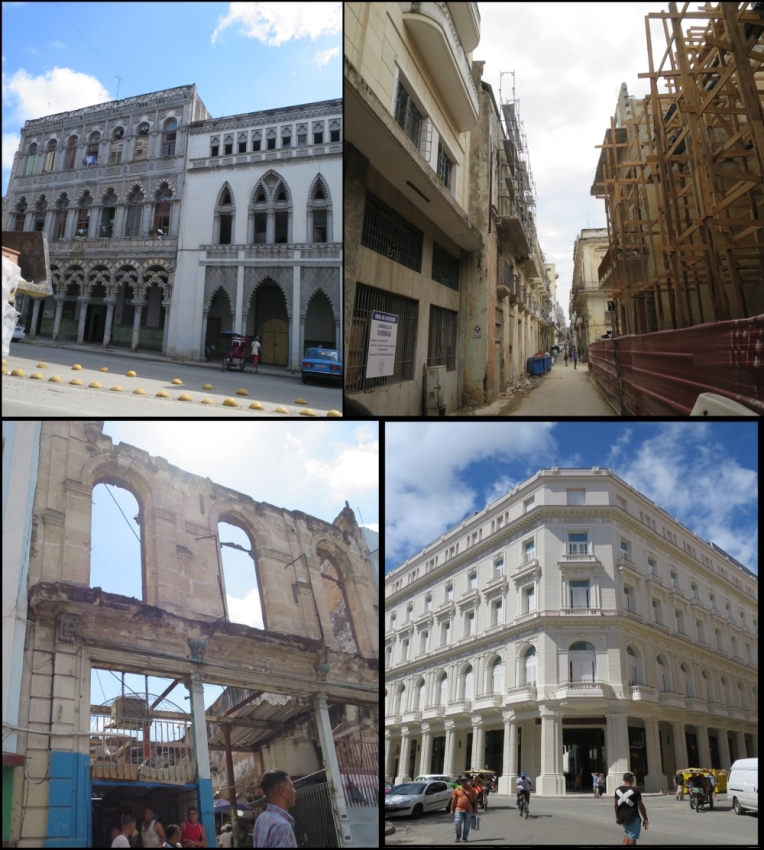 Most of the important buildings were finely renovated, highlighting their old intricacies, marks and charm. Lots of them have still survived the old times. Some of them were not so lucky. It is shocking how two adjacent buildings can look so different, in terms of their condition. Can we still believe in revolution? Yes, we can!

Havana is also the city where I have met Frankenstein! I mean the Cuban Frankenstein. Maybe you have guessed that I’m referring to the old shiny cars, the ‘40’s and ‘50’s generation. In a country without dealership or any car plant, one can figure out easily how these cars have been fixed all these years. With their great imagination, with their wonderful adapting skills, and their ability to survive and preserve the existing, Cubans are so good at fixing a vehicle with little means, with little resources, but with great ingenuity and flair. 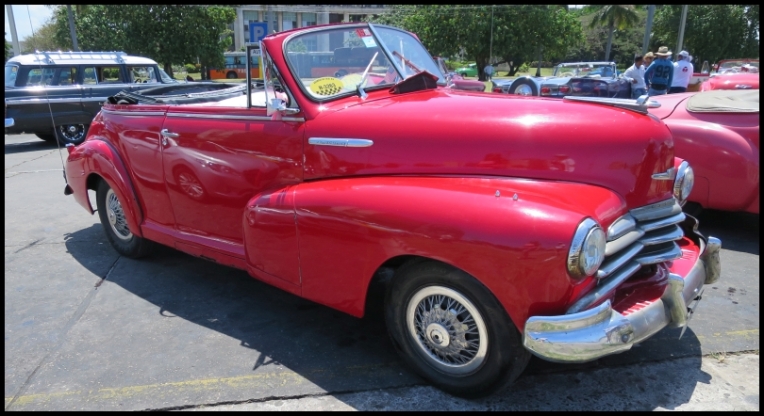 Cubans are only allowed to buy and sell cars in between themselves, and only the government can acquire new cars. All these old American cars now have foreign engines and other parts, and often, only the outside shell is still the original. They have even created new type of vehicles that are truly eligible for innovative patents – there were plenty of them on the streets, interesting how each of them had a slightly different lookup.

It is amazing how this obedient nation in their revolutionary vision can still dream for a better world. It would be interesting to find how many of them still imagine/hope to be “saved by America”.

But they all accepted or learned how to deal with their own (still existing) CDRs – the neighborhood committee to report all “counter-revolutionary” activities, sometimes named “the eyes and the ears of the Revolution”. And even though the young generation might have a different vision these days, they are still not allowed to move forward, by the Castro regime. Can you still go on, talking about same revolution, after all these 58 years? Yes, we can!

The country where the new is old and the old might look new is even more striking when you hear that doctors and engineers give up their trade to work in tourism just to get a better income (or rather more tips). On an island surrounded by water, where fish is one of the most expensive food for locals, the locals are not allowed to have boat permits for fear that they will sail away. A country where slaying a cow might be more punitive than any other guilt, a country where the monthly quota of sugar, oil, meat is never enough, a country with basically no industry or agricultural system, still has a struggling nation with all the minor changes from the past few years. Still communist, this country remains as beautiful as ever, with their wonderful, amazing people. Can you still hope for the revolution? Yes, we can! ~ Si, se puede!